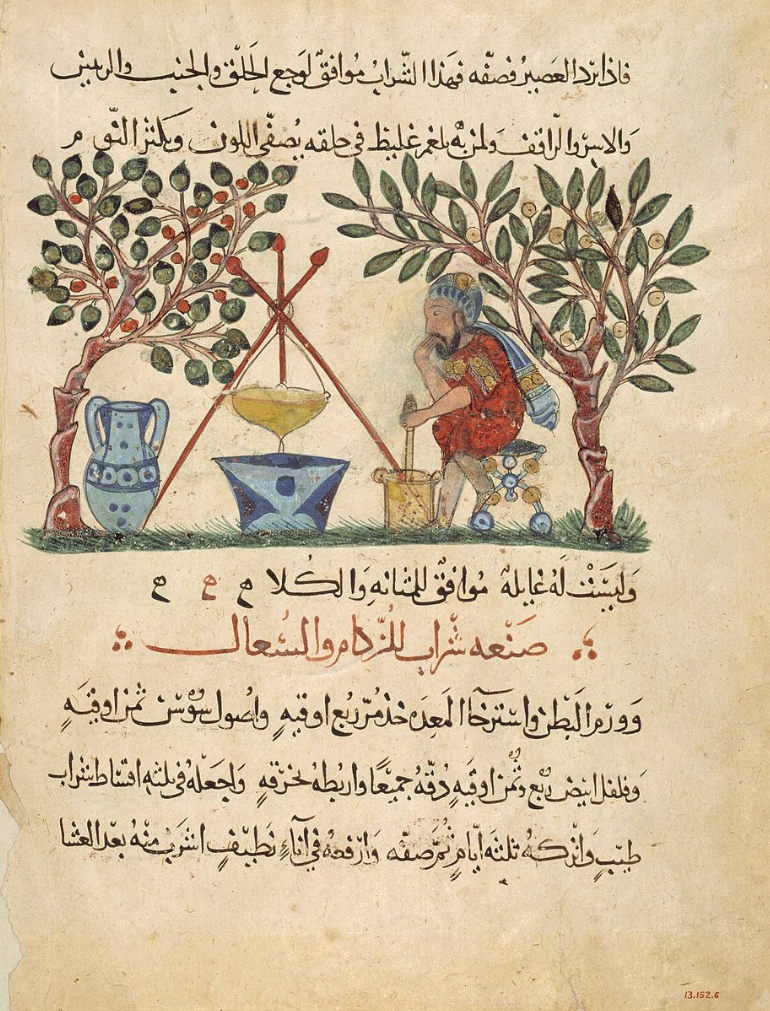 Baghdad school, stylistic movement of Islāmic manuscript illustration, founded in the late 12th century (though the earliest surviving works cannot be dated before the 13th century). The school flourished in the period when the ʿAbbāsid caliphs had reasserted their authority in Baghdad. Characterized by the depiction of expressive, individualized faces rather than facial types, a suggestion of movement, and attention to the details of everyday life, work of this school continued to appear for some 40 years following the destruction of the city by the Mongols in 1258.