The Baghdad School of art is noted for its manuscript artwork. The school consisted of calligraphers, illustrators, transcribers and translators, who collaborated to produce illuminated manuscripts derived from non-Arabic sources. The characteristic Baghdad School artistic style, which features sprightly characters bearing highly expressive faces and hand gestures (rather than stereotypical people), reached its peak in the first half of the 13th-century, although some examples can be identified at earlier periods. Illustrations in this style represent a skilful blend of Byzantine, Persian and Arab features. 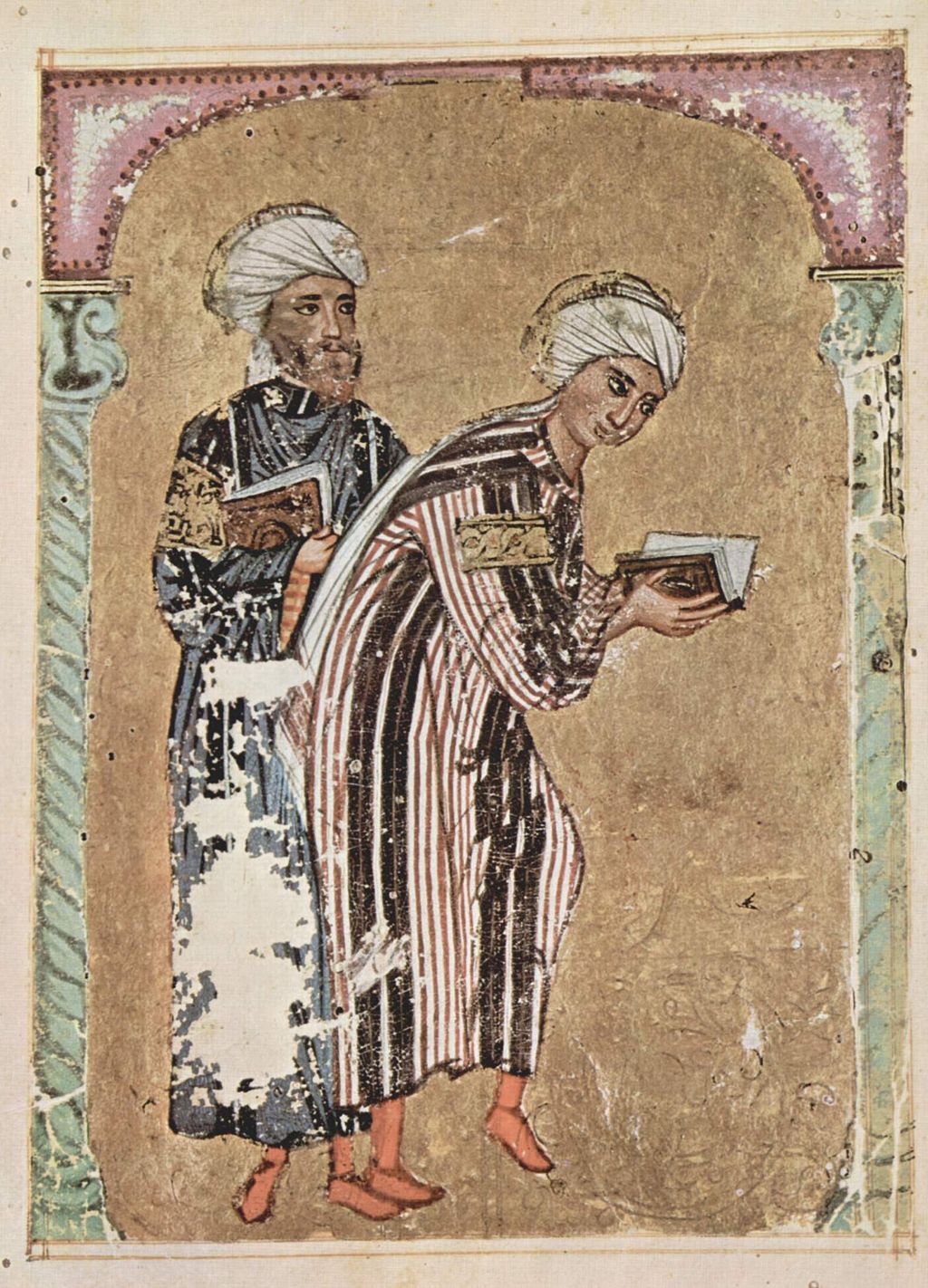 Very few illuminated copies of the Q’ran from this period have survived, but a number of secular manuscripts are still extant. These manuscripts are primarily scientific treatises or social commentaries.

The descriptor, “Baghdad School”, was coined by the French Orientalist, Eustache De Lorey, in 1938, when he curated an exhibition of illustrations from Maqamat Badi’ az-Zaman al-Hamadhani for the Bibliothèque nationale de France. Some art historians and curators used the term, Mesopotamian School, while other scholars have suggested that the term should be replaced with something broader, such as the Arab School of Miniatures, because its exponents were not just confined to Baghdad and Iraq.