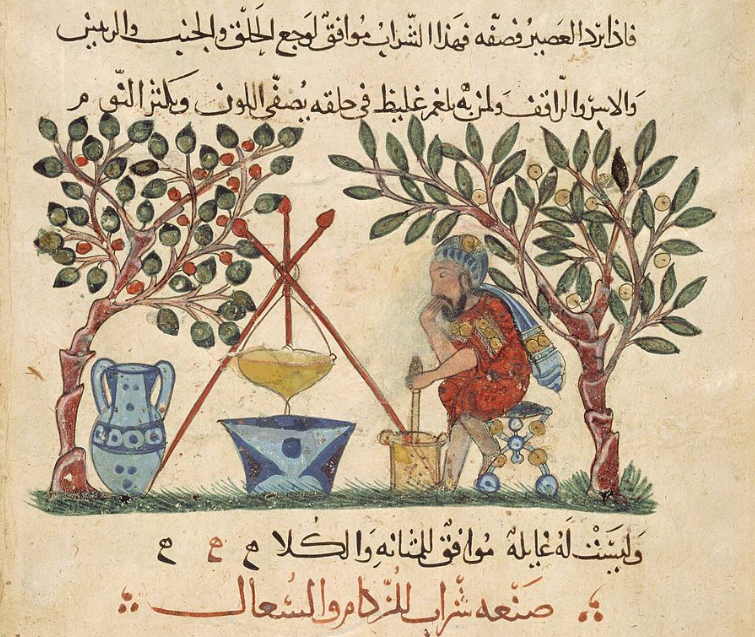 The Greek materia medica, in particular herbals and bestiaries, which described the characteristics and medicinal uses of various plants and animals found in the Mediterranean world, were among the books transcribed. Several Arabic translations of Dioscorides’ work, De Materia Medica have been discovered. Dioscorides’ treatise was considered especially important, and remains one of the best examples of manuscript translation and illustration produced by the Baghdad School. Dioscorides was a renowned Greek physician, herbalist, and pharmacist serving the Roman Empire and its armies during the first century CE, whose work gained influence throughout the medieval Islamic world. 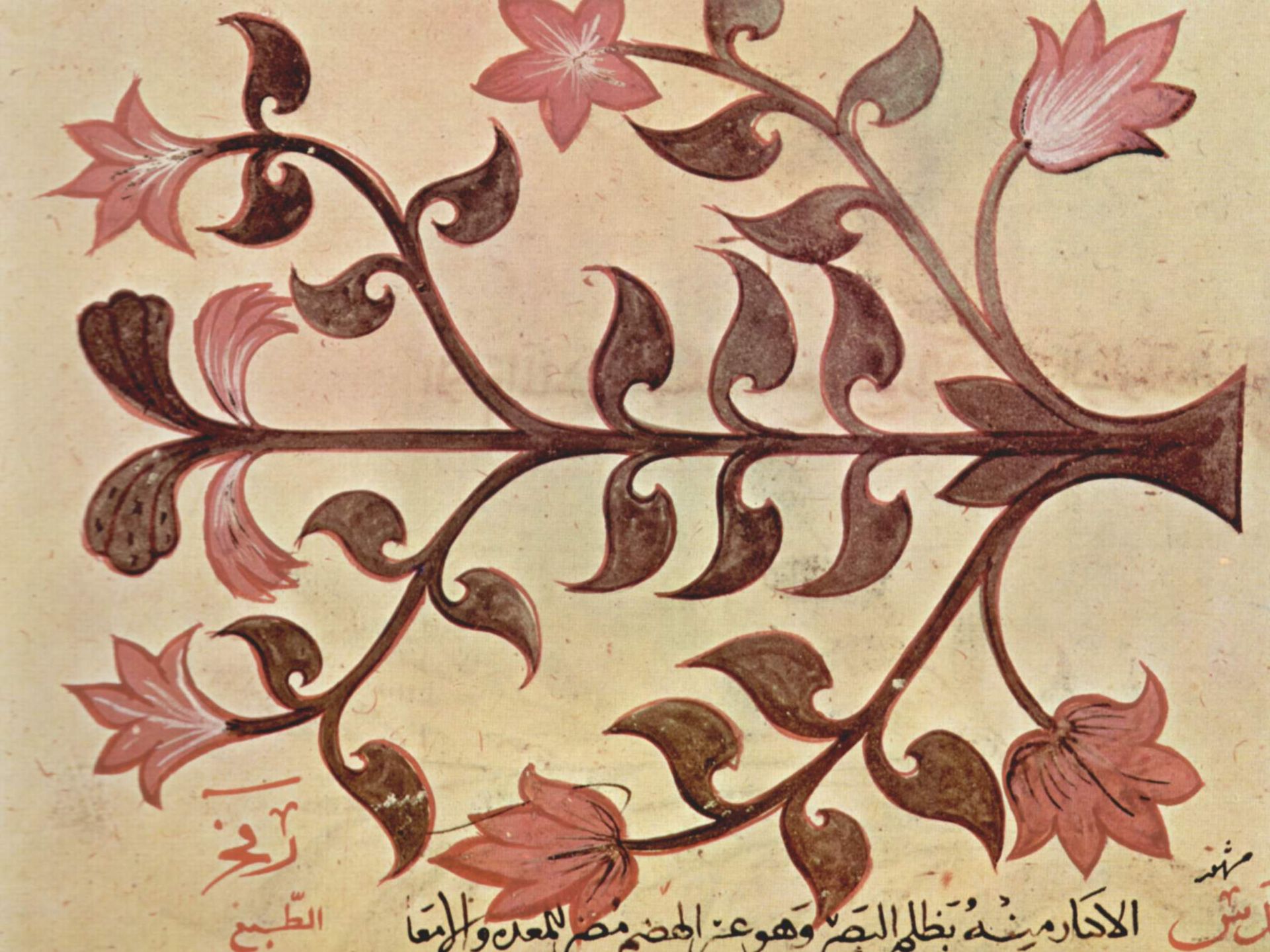 Of these, a manuscript known as the Mashhad Manuscript, originally believed to be 13th-century work, has been reassessed and now dated to between 1152 and 1176, providing one of the earliest examples of illustrations in the style of the Baghdad School. Another early example of these translations is the translation and work probably by Abdallah ibn al-Fadl. The illustrations were considered especially important, and it remains one of the best examples of manuscript translation and illustration produced by the Baghdad School. Dioscorides was a renowned Greek physician, herbalist, and pharmacist serving the Roman Empire and its armies during the first century CE, whose work gained influence throughout the medieval Islamic world. 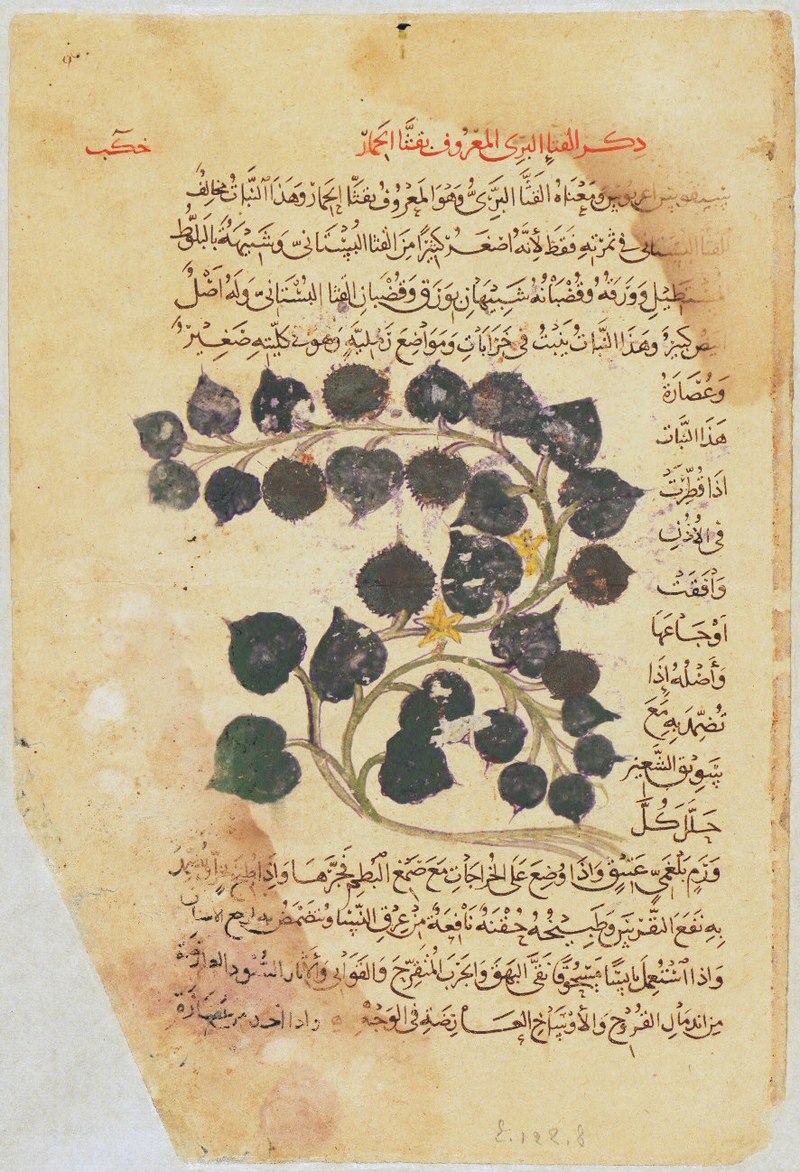 Among the illustrated manuscript leaves of the 13th-century Dioscorides’ Materia Medica is the page entitled, “Physician Preparing an Elixir,” also referred to by The Heilbrunn Timeline of Art History as “Preparation of Medicine from Honey.” It is dated 1224 CE and was found in Iraq or Northern Jazira, possibly Baghdad. The page depicts an illustration of a bearded physician with a colorful blue headscarf and red clothing seated on an ornamental stool. He is mixing a yellow pot with a ladle while overlooking a yellow cauldron hanging from a red tripod above a wide blue container. His other hand is raised up towards his mouth. A large blue jug lies to the left of the tripod. Two overhanging trees on either side of the scene bear leaves and two different types of what appear to be colorful fruit or flowers—red on the left and yellow on the right. The ground below the scene is covered with green grass, however there is no background depicted in the illustration thus reducing the sense of depth. The style of illustration depicted on this manuscript leaf is thus an excellent example of the Baghdad School: the colors are bright and distinctive, the objects depicted in the scene have a balanced, symmetrical design with the trees framing the illustration, and finally, the man’s face appears to be in a state of deep, expressive contemplation. The scene itself has a realistic and personalized quality to it, depicting a physician in a natural setting as he prepares a medicinal mixture containing honey for his patients, and yet also has ornamental characteristics with its design and choice of colors—another distinctive feature of the Baghdad School.